Menu
Highlights from the Lugdunum Auction 19 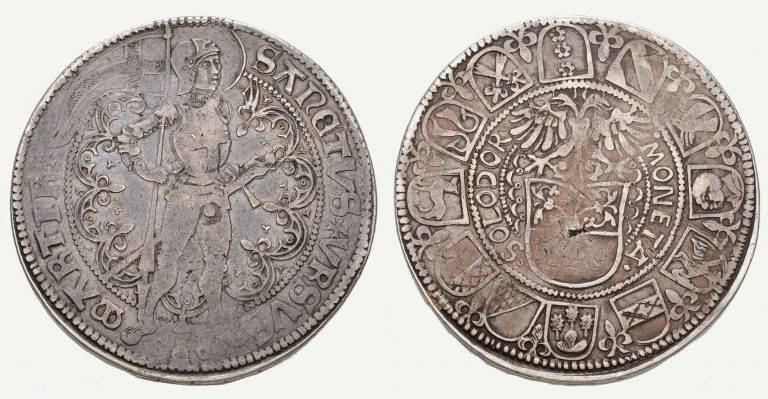 Obverse: MONETA SOLODOR in Latin capital. The shield of arms damascened with floral tendrils in the upper half, the nimbed double-headed imperial eagle above, half arches with small rings on both sides of the coat of arms.
On the outside a wreath of twelve Solothurn governor coats of arms, beginning at 1 o’clock:
Halten, Altreu, Flumenthal, Falkenstein, Rotberg, Olten, Gösgen, Balm, Thierstein, Dorneck, Gilgenberg and Buchegg.
Heraldic lilies between the shields.

Reverse: SANCTVS VRSVS MARTIR in Gothic letters. The nimbed St. Ursus in German armour with opened visor to the right. In his right hand he holds a tournament lance with banner fluttering in the circumscription circle, on which is a cross as sign of the Theban Legion. The left hand holds the handle of a belted long sword. The whole is surrounded by a circle of arcs formed by heraldic lilies, which is additionally decorated with small rings and trefoils. Below between the feet of the saint S – O on both sides of a small tower. 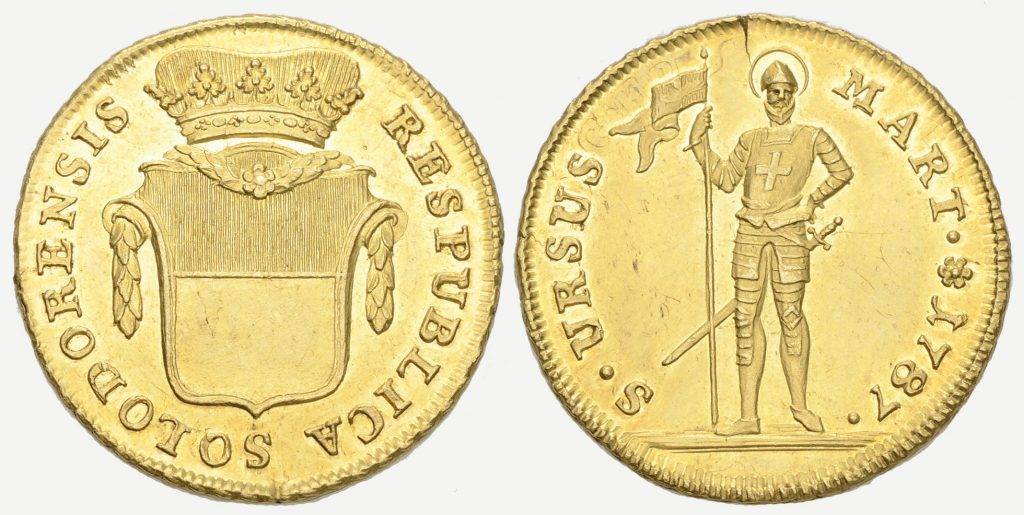 Obverse: RESPUBLICA SOLODORENSIS. Crowned, red-tinted city coat of arms in a slightly curved shield.
Shield draped with a laurel garland.
Reverse: S URSUS MART. The standing saint in harness from the front,
with helmet, nimbus, flag of the cross and sword. Standing on natural ground. 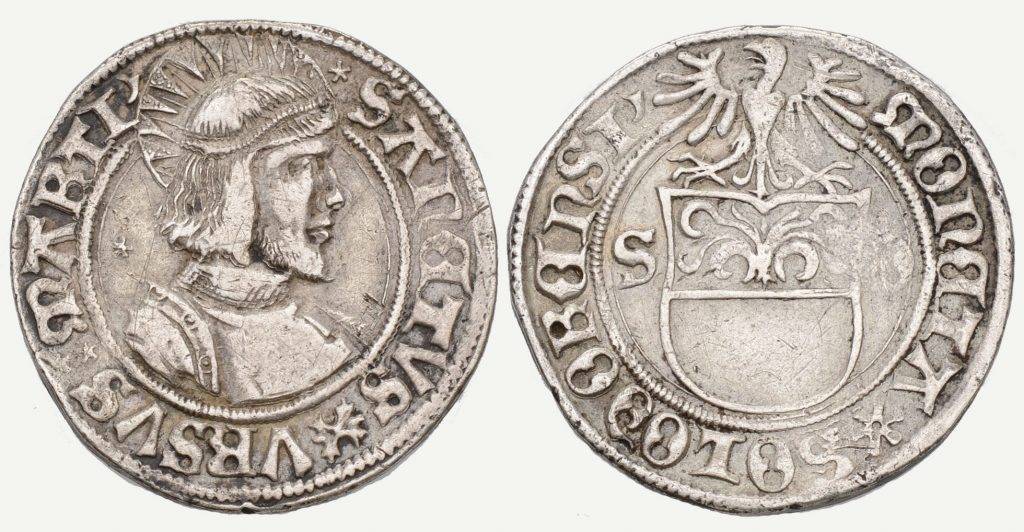 Obverse: MONETA SOLODORENSI in Gothic letters. City coat of arms in slightly curved shield, upper half damascened, between S – O. Above the coat of arms a single-headed eagle to the left.
Reverse: SANCTVS VRSVS MAR in Gothic letters. Bust of the saint to the right with long hair and beard,
in armour with ray nimbus and bandeau. On the chest a cross, at the back of the neck a star. 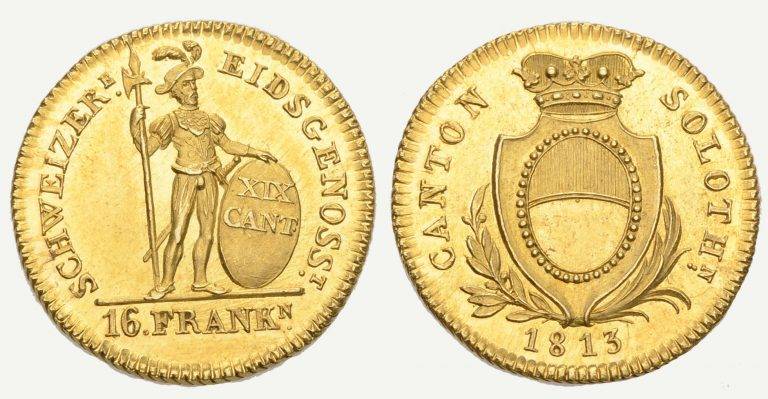 Obverse: CANTON SOLOTHN. Crowned oval cantonal coat of arms in a curved shield,
between a palm and a laurel branch, year below.
Reverse: SWISS EIDSGENOSST. Standing soldier in traditional clothing.
With halberd and shield with the inscription: XIX / CANT, value in exergue.

Of great rarity, only 150 pieces struck. Attractive and uncirculated specimen. 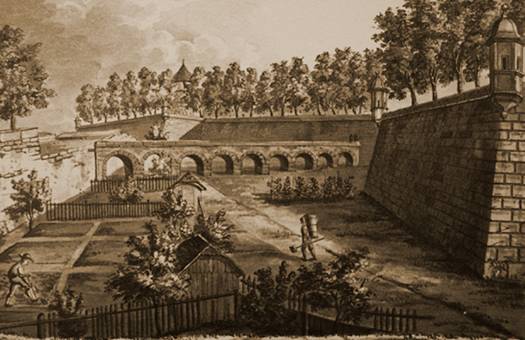 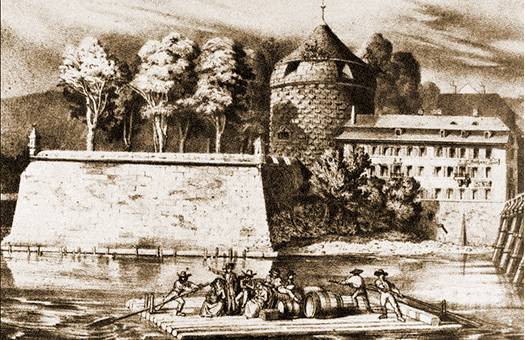 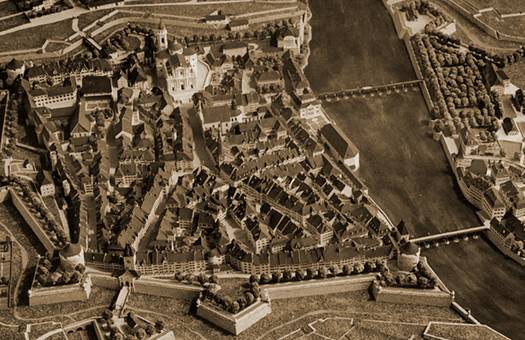 Coins from a private collection

The coins presented here come from a private collection built up between the 1940s-1960s on Julius Simmen’s model. Although not as extensive as Simmen’s collection, it nevertheless contains more than 2000 coins and medals, including some remarkable rarities. One example is the Guldiner (Thaler), which was bought by the collector at an auction of Münzen & Medaillen AG in Basel in 1949.

If you would like to learn more about the numismatic history of Solothurn, please follow the link below.
Please understand that Solothurn’s coin history is written in German.