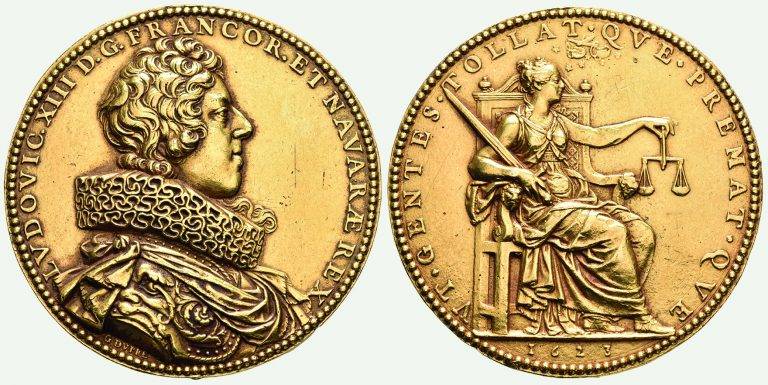 France. Kingdom. Louis XIII, 1610-1643.
Large Gold medal, cast in 1623 by Guillaume Dupré; 62 mm; 116,39 g.
Commemorating the end of the first Huguenot rebellion and the following settlement of the peace of Montpellier.

This medal of King Louis XIII was cast in 1623 by Guillaume Dupré, Premier sculpteur du Roi and commemorates the end of the first Huguenot rebellion that took place between 1620 and 1622 in southwest France.

What’s really exceptional is, that this medal is only the second specimen known to exist in gold and it is missing in all important Museum collections worldwide.

The video is also available in French and German

The Justitia Medal in your hands

The Justitia Medal and its time

Throughout history, gold has always been the metal of choice for the production of the highest-ranking awards. As such, gold medals commemorated the ultimate achievements and where a status symbol for both their recipient and the rewarder.

But their high intrinsic value made them also very vulnerable to the passing of time and most of them tragically disappeared, melted down in the burning furnaces of talented goldsmiths.

This large gold medal has miraculously survived the numerous hazards of time and is as such an extremely rare testimony to the great riches of the early 17th century and to the achievements of a all too often overlooked French king.

This medal of King Louis XIII was cast in 1623 by Guillaume Dupré, Premier sculpteur du Roi and commemorates the end of the first Huguenot rebellion that took place between 1620 and 1622 in southwest France.

It was probably awarded by the King himself to an important supporter in recognition of a brave and active participation at the quell of the rebellion. The high intrinsic value of this gold medal and the fact that some traces of mounting are to be seen on the rim, suggest that it must have been proudly displayed by the recipient, as it was a common use at the time. 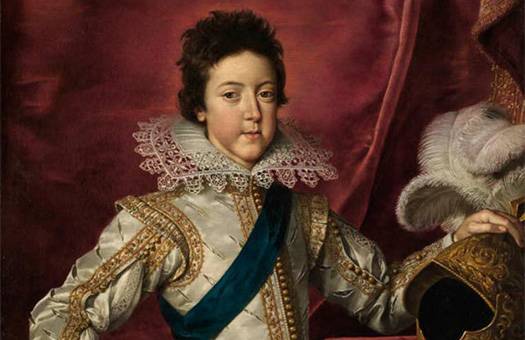 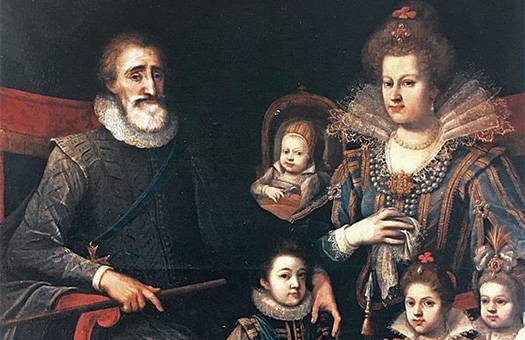 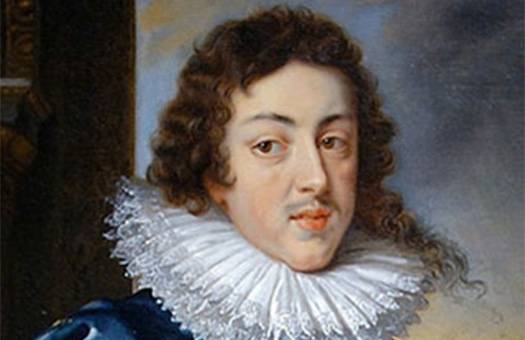 What’s really exceptional is, that this medal is only the second specimen known to exist in gold and is missing in all important Museum collections worldwide.

The only other known specimen was once part of the prestigious collection of the French actor and art collector Sacha Guitry, sold in 1963 at an Emile Bourgey Auction in Paris. It represented at the time one of the highlights of this important and significant sale.

On the obverse, we can see the draped and cuirassed bust of the young and beardless King to the right.

On the reverse, the allegory of Justice seated to the right, with sword and scales.

A life amidst mighty figures

This medal gives us to see a brilliant and impressive image of King Louis XIII. A king whose figure is generally hidden under the shade of numerous dominating historical figures of its time.

Crushed between his charismatic father, the great king Henry IV and his ambitious and loveless mother, Marie de’ Medici, assisted by the fascinating Cardinal Richelieu and followed by his son Louis XIV, the resplendent Roi Soleil, posterity was quite ungracious to him.

What makes this medal so special is, that it puts Louis XIII in the light and reflects a very different image of the king, commonly described in history books and literature as a shy, melancholic and sickly man.

Here we can admire a young and proud victorious military chief, with armour and command scarf. His majestic appearance is emphasised by the large size of the medal and the generous use of gold.

At the time when this medal was made, Louis XIII had already overcome events that only a man with great strength of character could have surmounted.

At the age of 9, his much beloved father, King Henry IV, was tragically assassinated by François Ravaillac, a Catholic zealot, in a narrow street of Paris.

Aged only 16, he resolved to have his mother the Regent Queen Marie de’ Medici exiled from the court and ordered the assassination of her powerful favourite Concino Concini.

These brutal but necessary decisions where the only solution for him to hold the position of King that was rightfully his and for so long confiscated, and to fulfil his divine destiny.

When he was 19 years old, he had to fight against his own mother, who had raised an army to overthrow him and give the crown to his younger brother Gaston. A mother and son war, representing an event never seen before in the history of France.

And finally, he was only 22 years old when, as commemorated with this medal, he quelled the first Huguenot rebellion, leading himself and with great bravery the fights on the battlefield and living in military camps among his soldiers.

A medal of Justice

The reverse of this medal is dedicated to Justitia:

The allegorical figure is sitting on what seems to be a very heavy and stable armchair symbolising constancy and stability. She is holding a scale in here left hand, an attribute suggesting fairness of judgment, and the sword resting on the right arm, representing the sword of Justice, a ceremonial sword symbolising the king’s supreme judicial power.

When we look at this figure, there are two symbolic messages that can be read:

The first message is the symbolic illustration of the balanced settlement of the Peace of Montpellier that ended the first Huguenot rebellion in 1622.

Confirming the tenets of the Edict of Nantes, also known as the Edict of toleration, it took away some of the political and military rights of the Huguenots, but guaranteed a free practice of reformed faith.

The second symbolic message is an ode to the King and his nickname Louis XIII, the Just.

In addition to the elements already mentioned, a discreet symbol is located just above the figure of Justice: Inside a group of stars, a scale represents the constellation of the Libra, the astrological sign of Louis XIII, one of the reasons that lead to Louis’ nickname the Just.

This medal was made by Guillaume Dupré, one of the most famous and skilled French medallists of the 17th century and the last representative of the Italian Renaissance tradition in French medallic art.

It was produced by way of casting, a technique originating from Italy, and used since the late 15th century to create masterpieces of medallic art.

When well mastered, as it is the case here, it allows the artist to produce a medal with both sharp details and high relief.

What makes this medal so extraordinary is, that contrary to bronze, the metal generally used to create medals, gold is an extremely difficult metal to cast and only a true master in the art of casting could realise such an impressive gold medal.

Based on this, we can be quite sure that it must be Guillaume Dupré himself that produced this very medal. A true masterpiece of medallic art created directly by the hands of an exceptional artist.

He was, in other words, responsible for the creation of the official portraits used for the production of coins. And this explains, why this medal, besides others medals of Dupré, was used as the model for the official portrait of Louis XIII used for series of coins circulating at the time.

Finally, with a weight of almost 120 grams, this large medal was equalling the value of nearly 35 Ecus d’or, the largest gold coin struck at the time.

This characteristic emphasises the exceptional nature of such a valuable award and can only leave us in awe of the riches of the reign of Louis XIII.

A medal with prestigieous provenance